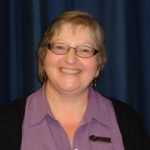 I am the School Business Manager and I have worked at the school, in the office, since November 2000. My own three children were pupils at the school at that time. I was the School Secretary, working alone in the office. My duties included being Clerk to the Governing Body.

Over the years, as the demands on the school office increased, further members of office staff have been employed, and I became the School Business Manager in September 2012.

I became a governor in February 2014, and relinquished clerking duties. I am a member of both the Resources Committee and the School Improvement Committee.